I've been reading White Fang by Jack London. It could be read as a spiritual adventure story. After the dramatic introduction of two men transporting a corpse in a coffin across the ice cold Arctic landscape, during a time of famine, after wolves eat all the dogs and one of the men, Henry is rescued, while a half wolf half dog watches over him. The wolf-dog teams up with a one-eyed veteran wolf and they make a litter. The wolf-dog crawls into a cave to give birth in safety.

White Fang begins life in a Plato-style cave, dark on three sides, a mysterious wall of light on the fourth side. Eventually the wolf cub gets up enough nerve to go through the mysterious wall, into the blinding white light, where he he is torn between fear of the unknown and curiosity to take charge of his destiny and to explore the world. The novel is filled with edifying discoveries, such as the law of hurt and the law of meat. Things could be classified into that which hurts and that which does not hurt. The law of meat is: eat or be eaten.
Posted by Lohbado at 3:09 PM No comments:

Welcome to the latter part of April in Montreal, in between winter and summer, dusty streets, warming up but still a bit cool. Every moment has a certain kind of beauty, if one takes time to relax and enjoy it.
Posted by Lohbado at 2:26 PM 1 comment:


Of course, you're not supposed to take photos in a bar. Photographers are often viewed pesky mosquitoes, flooding the world with instant images. Some people like posing for the camera. Most people say, "Leave me alone. I look terrible in pictures." These attitudes add to the adventure of beer photography. I used a Canon powershot. My drinking buddy kept telling me to hurry up, put away the camera, you've taken enough pictures. The camera got on his nerves. Non-photographers don't understand how difficult it is to get the shot just right. A few shots were really close, but had to be rejected, since a few details weren't quite right. In a bar, one is really under the gun. You have one chance, take it or leave it. If the shot is off, too bad buddy.
Posted by Lohbado at 10:38 AM No comments: 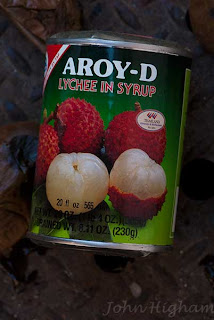 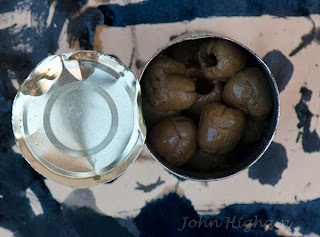 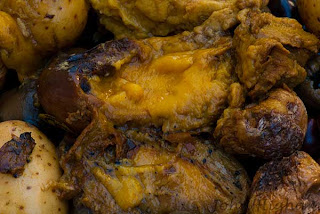 The lychee began to swell and ferment inside the can. The can bulged at the top and bottom. As the snow melted, a crate of mangoes appeared in the back yard, next to some tubular potatoes.
Posted by Lohbado at 10:45 PM No comments: 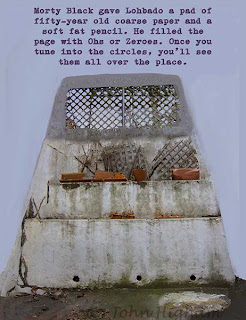 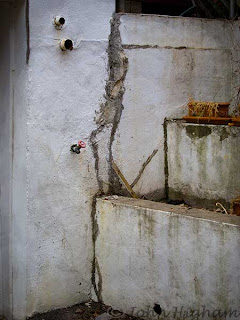 The holey obsession of a holey man or woman led to the discipline of vowelology, or the study of circular letter forms.
Hollow holey body as organic music maker, listen to the sound of breath. Listen to the sigh, cough, sneeze, burp, hiccup. Listen to the answer blowing in the broken wind.
Posted by Lohbado at 1:21 PM No comments: