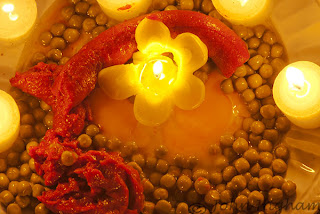 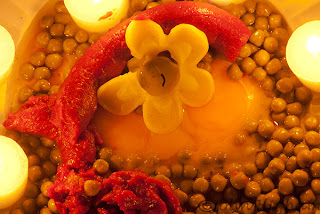 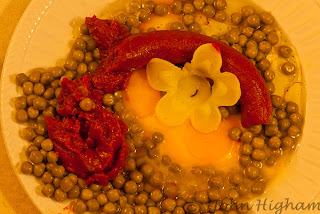 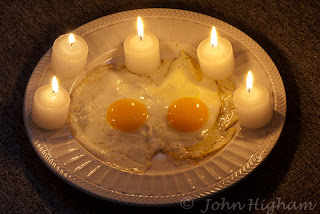 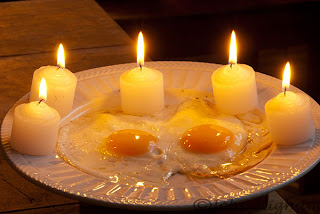 Homage to unborn chickens, aborted eggs, pause a minute to contemplate the mysteries of life. Where did the chicken lay the egg?
Posted by Lohbado at 7:41 PM 1 comment: 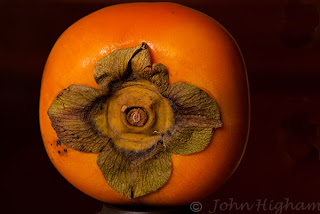 A tomato mandala showed up on the kitchen table. The four petals fold back to reveal a wheel within a wheel. Squeeze the tomato to sauce,  juice or paste. Slice it. Leave it alone. Look at it. Gaze deeply into the brown circle, protected by four copper green leaves. This tomato, in all its redness, doesn't lie still. It easily rolls. The truth of the tomato is something extra, like balsamic vinegar, or mayonnaise. You gotta eat it to believe it.
Posted by Lohbado at 3:15 PM No comments: 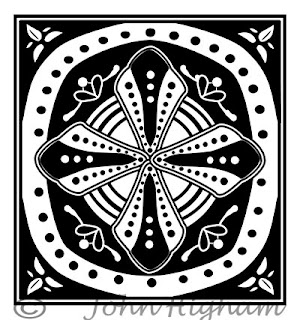 Lohbado had the ability to fall asleep within seconds. A few times, he fell asleep instantly after deciding to take a nap. Sleep began in mid air, before his head hit the pillow and his body flopped on the sofa.
He dreamed a friend invited him to the bar. The woman behind the counter went into a long explanation about the various drink specials. Lohbado ordered the too good to be true deal: four drinks for four dollars. That could include, beer, wine or spirits.  Lohbado ordered the drink and then waited. Instead of bringing him a drink, the waitress told him that she was being fired. The manager said she was uncouth. Suddenly, her face became emaciated like a skull. Lohbado realized he was face to face with a medieval style personification of death. Lohbado's dance of death, a contemplation of mortality.