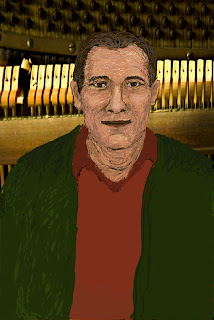 To be not obscure, without attachment to ego, a not obscured mind has the ability to rest in awareness, to let go of thought, to be calm and clear, regardless of what is happening. A person with a not obscured mind would probably be able to sleep every night like a baby, without anxiety about what is going to happen tomorrow, or regret about what happened today. A not obscured person doesn't dwell on how somebody insulted him or her and doesn't waste time planning revenge. A not obscured person would be happy to live alone and happy to live with somebody. Desire, anger, confusion, and various emotions are not a problem. They're like air currents in the space of mind, or waves. Waves happen and then they don't. A not obscured mind recognizes the nature of mind and is therefore not led astray by the delusion of concepts, naive views about reality or strong emotions.

To be not obscured is my aspiration. However, like most people, my mind is obscured. I toss and turn at night sometimes, react to situations and become a burned out, discouraged, nervous wreck, obscured with negative thoughts and emotions.

We're born into confusion. My parents were confused. I understand now that I'm a parent, how it's difficult to be a parent. There are so many challenges. You want your child to grow up to be happy and wholesome. I appreciate the love and concern of my parents.

It's not easy to let go. Negative thoughts and emotions keep happening. That's fine. Let them come and go. The main thing is to have a sense of direction or aspiration. My aspiration is to let go of ego and to relax in the calm and clear nature of mind, rather than being blown about like a feather in the wind of hope and fear.
Posted by Lohbado at 10:31 AM 1 comment: 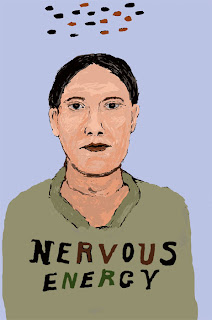 Two week holiday in winter, I'm sitting in a room in Barnet, Vermont, light rain, snow melting. Relax, recover from the madness of work. A lot of nervous energy from the job goes into the nervous system; competitiveness, nasty gossip, back-stabbing, insults and discouragement. It takes time to recover and feel human again. For the first time in weeks, I'm able to sleep through the night. For weeks, the stress of work invaded my dreams, woke me in a sweat, caused me to toss and turn.

Everybody's gotta work. You'll meet the same characters, no matter where you go. They're archetypes, the one who craves power and tries to get people to conform to his or her opinions, the one who sides with the boss as a way of attacking colleagues, the one who can barely conceal his or her negative opinion of you, the one who feels that he has to be rude and aggressive, otherwise people will screw him over, the evangelist who wants you to join his or her cause, because he or she knows what is best for everyone. It's exhausting to stand up to these archetypes every day.

Of course, the less I'm attached to ego, the easier it would be. Ego responds to a situation with a whole bunch of thoughts and feelings. Nervous energy builds. It goes into the muscles and bones. There's a feeling of being attacked. Nothing is secure. An unpleasant surprise could wipe out security.

Work is part of the human condition. Don't be upset by the senseless squabbling. Drop the whole ball of thought and relate to whatever is happening. That's my aspiration, to see ego for what it is and then to let go. Without ego, what would happen to the nervous energy? That kind of energy can only happen when one hangs on tight to opinion, belief, hope and fear. I aspire to let go, to step outside the mental prison and stop clinging to ego-games, self-deception, hypocrisy, aggression, greed, insatiable hunger.
Posted by Lohbado at 10:05 AM 1 comment: 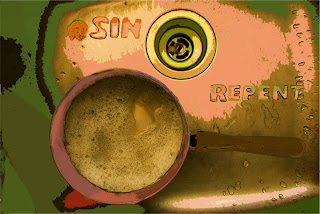