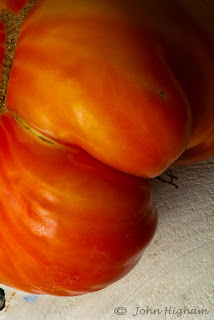 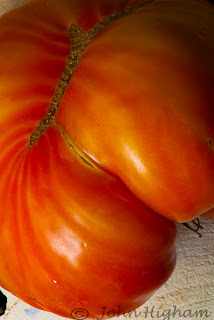 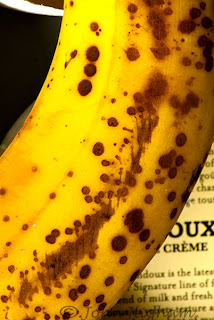 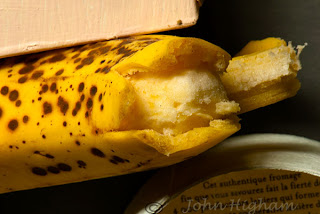 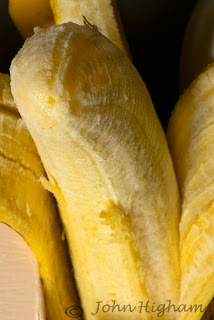 Autumn is a time of blushing tomatoes and bursting bananas, a cornucopia worthy of giving thanks.

Posted by Lohbado at 3:32 PM No comments: 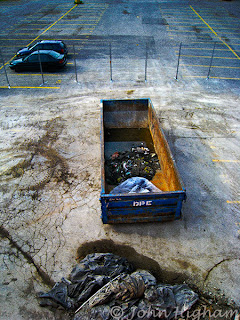 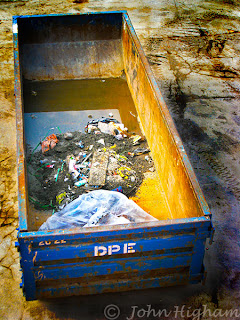 The dreaming man challenge is how to put vivid into words. It's from the feeling family, perhaps flaky, lumpy, oozing, gooey. It is, nonetheless, an experience, similar to the sudden squeeze and downward pulsation in the abdomen after eating a bowl of moldy noodles. Maybe it would be best captured in sound, for example, the sound of front end loaders digging up the street to do some sort of repair. I'll go out later and have a look. A hydro van is parked down from the front end loader. A stream of brown fluid flows along the curb. 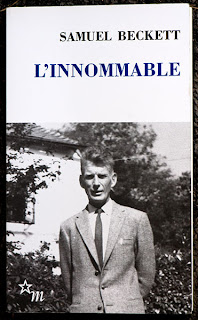 I just finished reading  L’innommable,
a novel by Samuel Beckett. The text
pokes holes in what one might be likely to assume about everyday life.
For example, the paradox of listening to silence, if you could hear silence,
it wouldn’t be silence. Silence can’t be heard. Another major theme is the
paradox of trying to locate a consciousness, narrator, character or group of
characters responsible for or related to the voices or murmurs that break the
silence of someone in the dark.
Read more »
Posted by Lohbado at 1:11 PM No comments: 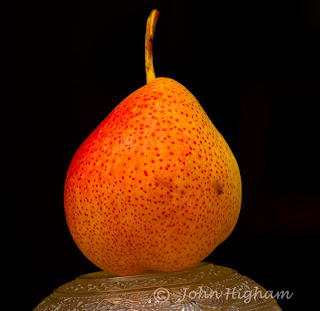 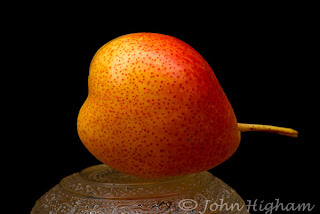 Pear naked pared down to pear essentials, the coming of autumn after the heat of summer, time to face what appearantly may or may not have to be done, this all happened in a lonely dream. The more a pear ripens, the sweeter it gets. Eat before rotten. Wipe the juice and dry your hands. Toss the core, or plant a pear tree in the garden.
Posted by Lohbado at 4:26 PM No comments: 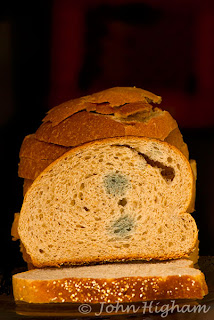 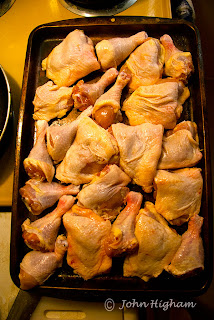 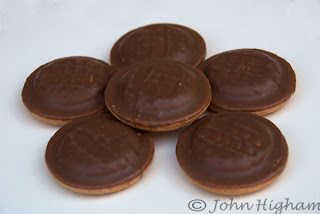 Twice in the past two weeks I've purchased moldy bread. I checked the expiry date stamped on the price tag. The bread was supposed to be good for another two weeks. I told somebody and he said I should freeze the bread and then thaw or toast slices from the freezer. I bought the loaf in the photo one day before taking the picture.

Maybe its the fridge. No, the fridge keeps the chicken legs cool, as you can see above. Then someone suggested: let them eat cookies. 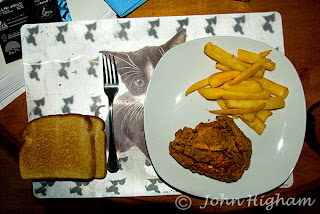 It happens once in a while, a person insists that you come for dinner and then serves challenging food. The host looks on, almost with subconscious sadistic delight as you poke the cold, or room temperature food with the fork and then shove it in your mouth. It sent shivers up my spine as I ate the dinner in the picture, heavily-salted Chicken-pile Dinner, with French fries and toast, served on a microwave-safe plate on a kitten place mat.
Posted by Lohbado at 2:12 PM No comments: